“Data is used in all fields in the healthcare system, but it is only the beginning” - Lara Cobler

Would you like to learn how data science is revolutionizing healthcare? We interviewed clinical data analyst at Dedalus Group, Lara Cobler, to discuss this topic and find out more about her experience.

Before beginning her career in data analysis, Lara earned a PhD in Biological and Biomedical Sciences and worked as a medical researcher all over the world. As she was already working in medical analysis, data was an obvious progression in her research.

At the time, her university in San Francisco was offering courses in Python. This provided her with the technical experience she needed to take the next step and enrol in Ubiqum’s Data Analysis and Machine Learning boot camp in Barcelona. With support from Ubiqum Code Academy, an academy that offers different coding bootcamps based on the learning by doing methodology, and Santander Scholarships, she gained the skills to transform her career.

Santander and Ubiqum are committed to supporting the latest research in science and big data with the Santander Scholarships Tech | Reskilling in Data Analytics - Ubiqum Code Academy. Healthcare is at the vanguard of these innovative developments, so a healthcare data expert like Lara was the obvious choice for a data analyst interview.

Big data saves lives, cuts costs and ultimately changes the way we see healthcare. Here, we outline the advantages Lara has uncovered in her research.

From real-time data to real-life

When we think of data analysis, we often imagine endless spreadsheets and numbers, but rarely think about the real-life applications.

“However, big data is present across all industries and is driving development across the board. Healthcare is no exception. “

For instance, as the COVID-19 crisis continues, these tools continue to be crucial for managing hospital admissions, keeping medical staff and patients safe, and even providing support across borders. For example, the British Association of Physicians of Indian Origin has been using telemedicine to support their colleagues in India as the crisis there worsens.

Governments and institutions are recognising the long-term value of telemedicine. With potential far beyond virtual consultations, a properly integrated e-healthcare system could incorporate on-demand patient monitoring, data, diagnostics, and interdepartmental communications. This has the potential to radically streamline operations, not to mention taking pressure off clinics and hospitals. This preventative strategy aims to identify potential problems and keep patients out of the hospital with regular exercise and diet plans. The Internet of Things (IoT), itself heavily reliant on big data, is helping to expand this already popular technology. By integrating data through wearables, apps, and databases, patients can get a very reliable reflection of their health and tips on how to improve it.

Back in 2008, Google launched Flu Trends, an attempt to monitor the prevalence of common influenza in over 25 countries. Google focused on flu-related search queries and ranked activity from minimal to intense.

Although many saw the project as a failure – it missed a major flu outbreak in 2013 – it was a bold attempt to harness data to predict epidemics. Scanning the web, from Google and Baidu to Twitter and Facebook, it is still certainly useful to monitor search intent alongside other tools to predict outbreaks.

In the wake of the COVID-19 outbreak, it quickly became clear that one of the key ways of stemming the spread of the virus was to track its movement. Governments around the world created so-called test and trace apps. While not a medical intervention, these apps used massive amounts of data to follow virus hotspots and alert people in the vicinity.

The importance of good data science was highlighted when the UK’s effort failed spectacularly due to there not being enough cells on an old version of Microsoft Excel. With a limit of 65,000 rows of data, new information coming simply wasn’t added to the database, rendering the app useless. Therefore, data analysts will play a critical role in the development of functional apps.

The COVID-19 pandemic has accelerated the growth of smart hospitals, notably Guanggu Fangcang and Tongji Hospitals in China. Guanggu Fangcang hospital did not exist before the pandemic and its rapid construction was in part due to analysing data from previous construction projects. Tongji was already using smart solutions and the makeshift Guanggu Fangcang Hospital was able to adopt the technology in just 10 hours.

Data analysis reduced registration procedures to create a more efficient system, as triage was outsourced to computers. Furthermore, robots equipped with the same medical data were used on the wards in place of humans. This significantly decreased the likelihood of medical staff getting infected, enabling them to carry out critical care. These tools are sure to become more commonplace in a variety of situations, particularly for minor illnesses and injuries.

Reliable cures for all kinds of illnesses

By automating processes and diagnostics, doctors will be able to draw on proven treatments for diseases they may know nothing about. In short, each patient would be receiving the best solution from every doctor in the world combined.

This is already a reality. IBM Watson Health uses artificial intelligence to analyze huge amounts of data in seconds and suggest the best treatment, as the machine learning studies other patients with similar medical histories. As big data analytics improve and more and more information is poured into the system, the healthcare industry will be revolutionized.

“The effect of big data in healthcare has already been huge – but we’re only just getting started.” 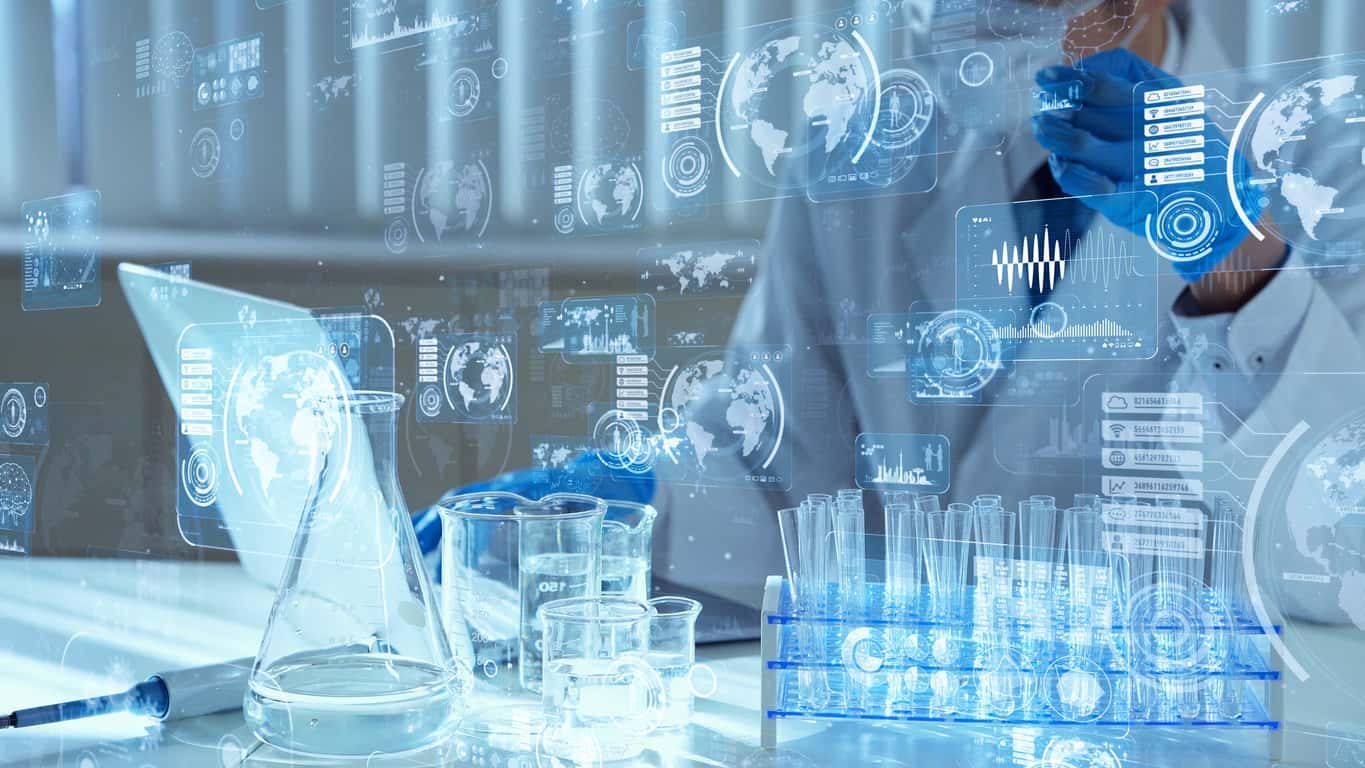 The future of big data in healthcare

Predictive analytics are well on their way to be an essential tool for doctors across the world. With one centralized machine learning system, big data will help healthcare professionals to identify key risk factors for diseases later in life. The same links that would take humans decades to identify will be revealed at a much faster pace, so doctors can concentrate on providing the human touch.

Big data in medicine is already doing a lot of heavy lifting behind the scenes to save lives and improve the quality of life for patients across the world. The jury is still out on whether machine learning can replace doctors altogether, but using big data to spot trends can already help connect dots that human healthcare workers may overlook.

Clinical data analysts like Lara have a vast number of opportunities in healthcare. Data science is developing revolutionary tools in a vast array of fields, so you can really choose where to make your mark on the world. From sustainability and climate change to smart cities and gamified apps, a good understanding of data is going to be a critical skill for the future.

The Becas Santander Tech | Reskilling in Data Analytics - Ubiqum Code Academy help candidates orient their skillset towards the most in-demand applications. With a six-week complete introduction to analytics taught in English and Spanish, participants will get in touch with the fundamentals of data analytics.

The 50 best-performing candidates will have the opportunity to participate in an intensive boot camp about business strategies focused on employability and based on an experiential learning model (learning by doing). This experience will prepare them to get a qualified job in the machine learning and data analysis sector.

(At the moment the Becas Santander Tech | Reskilling in Data Analytics - Ubiqum Code Academy has reached its end, but we encourage you to take a look at the Santander Scholarships to find the training that best suits you and give a boost to your professional career. Seize the chance to develop your knowledge and skills!)