Empowered women: discover how to bring out the leader in you

The concept of female empowerment has spread in recent years in many areas, from companies to Hollywood film sets. But do you know what it is to be an empowered woman and, more importantly, how you can become one?

Although the idea of female empowerment has been present throughout history, represented by all those women who stood up to established canons and fought for effective equality, the term itself is relatively recent. In fact, it was adopted at the Fourth World Conference on Women held in Beijing in 1995 with the commitment of countries to promote change in favour of women's rights. Do you want to know more about female empowerment and progress towards real equality? Do you want to see inspiring examples of women leaders? Keep reading!

Although legal equality in the workplace is a reality in many countries, there is still a long way to go to achieve real equality between men and women. In this sense, change is happening progressively.

For example, from 2015 to 2018, the number of women in executive levels increased by 4%, from 17% to 21%, according to the 2019 McKinsey study Women in the Workplace. Currently, 68% of companies consider themselves committed to supporting gender equality and the empowerment of women, according to the report Women’s Empowerment and Business: 2020 Trends and Opportunities by the United Nations (UN).

However, access to the labour market, family reconciliation, the wage gap or the glass ceiling remain real problems. Did you know that, according to the 2020 Bloomberg report Gender Equality Index, only 6% of female professionals hold CEO positions? And that, according to the study Global Gender Gap Report of the World Economic Forum (2020), only 18.2% of women hold positions on boards of directors or business leadership, despite constituting half of the workforce?

Therefore, both governments and companies must intervene in this objective towards effective equality between men and women, banishing prejudices and social clichés. 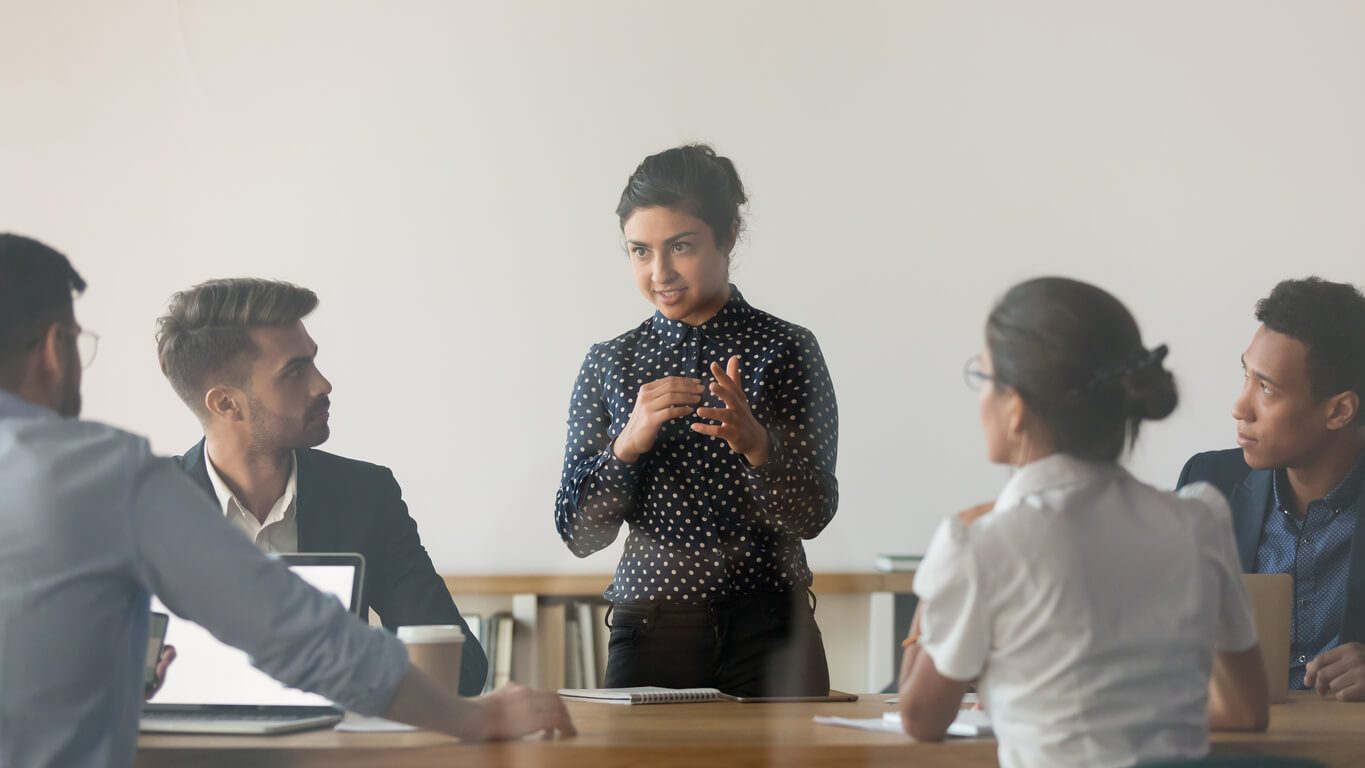 In achieving this challenge, empowered women and professionals who lead the fight for equality with their actions also take on a special role.

But what exactly is an empowered woman? According to the Cambridge Dictionary, empower means “to give someone official authority or the freedom to do something”. Therefore, female empowerment represents that awareness, both individually and collectively, that women have the ability to be owners of their own actions, to take action and, ultimately, to lead their lives.

There are a number of qualities you will recognise in empowered women:

These same skills are those promoted by Banco Santander by calling the Santander Scholarships Women | W50 Leadership - London School of Economics. It is an eight-week training program aimed at women with more than 10 years of work experience and from different countries in Europe (Spain, Germany, Portugal, Poland or the United Kingdom) and from America (United States, Mexico, Argentina, Brazil, Chile, Colombia, Uruguay or Peru) who wish to boost their leadership skills, prepare a personal development plan and evolve in their professional career.

Thanks to this online training plan you will be able to acquire knowledge and techniques related to team leadership, delve into different negotiation strategies and tools, evaluation methods and conflict resolution techniques, and acquire essential skills to become an empowered woman and promote female representation in companies and entities of any sector.

Many female professionals in history are models of female empowerment: great researchers, such as Rosalind Franklin (mother of the DNA chain) or Marie Curie (discoverer of radium and polonium); defenders of equality between men and women from politics, such as Emmeline Pankhurst or Clara Campoamor, and artists or creators, such as Frida Kahlo or Coco Chanel.

A closer contemporary example is that of Michelle Obama. The former first lady stands as a global reference for female empowerment thanks to her words, speeches and actions.

In countries with fewer resources, there are also clear examples of women's empowerment. One of them is Malala, the Pakistani activist who won the Nobel Peace Prize in 2014 for her defence of civil rights, especially those of women.

At the corporate level, an inspiring example is Sheryl Sandberg, Facebook's chief operating officer, who takes every opportunity to highlight the need to incorporate women at all professional levels. 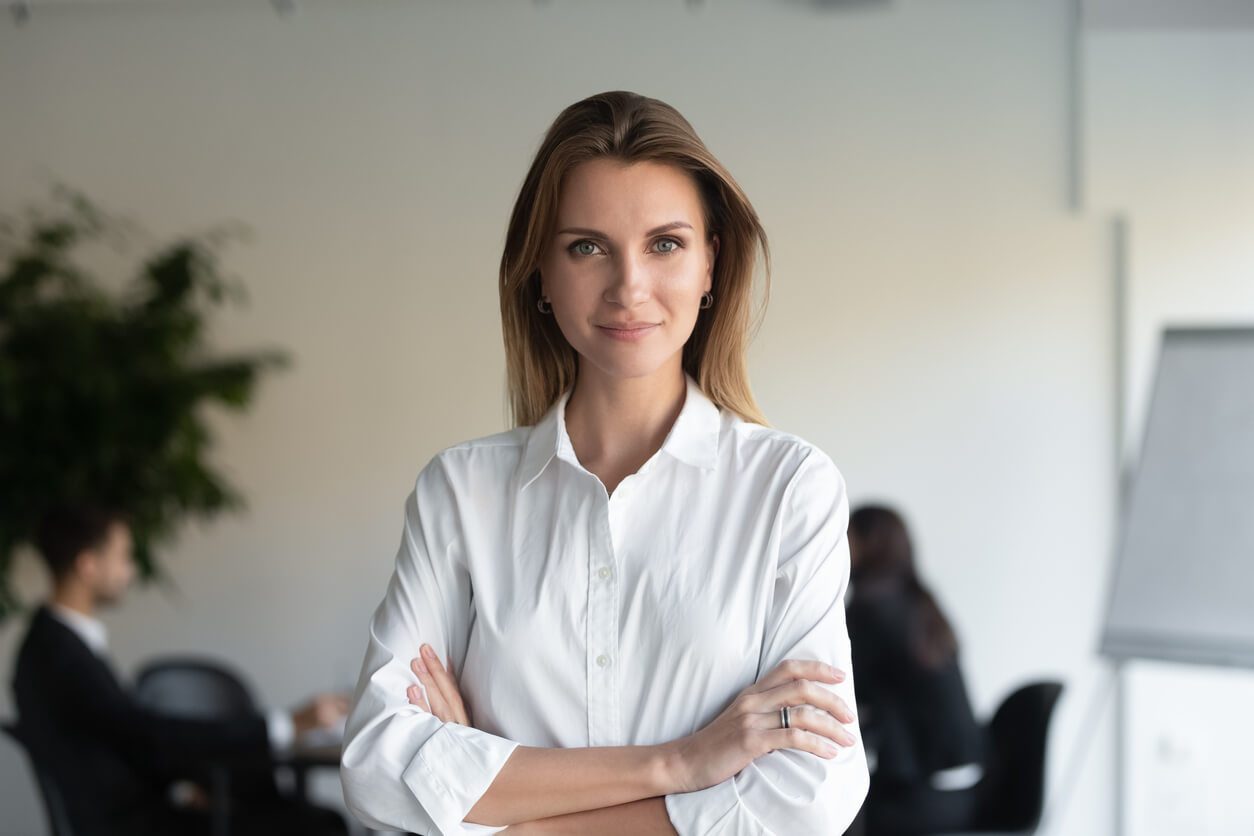 7 tips to empower yourself

Do you want to follow in their footsteps? There are a series of guidelines that you can carry out to work on your own empowerment and become an empowered woman:

The Santander Scholarships Women | W50 Leadership - London School of Economics, were designed to improve the leadership skills of women with more than 10 years of work experience in any type of organisation (corporations, start-ups, NGOs, universities, scientific institutions, etc.) and to contribute to the training of empowered professionals. Thanks to a first-rate teaching staff, you will acquire knowledge about team leadership (studies, theories, skills)  and you will be able to apply it in the development of your own style. In addition, you will expand your professional network, since you will learn together with an international group of colleagues with whom you can share goals and interests.

If you feel that it is time to boost your professional career towards leadership and you have more than 10 years of experience, register for the program and seize this opportunity!