Porter's 5 forces: what are they and how can they be used?

The crisis stemming from the Covid-19 pandemic has had a huge impact on businesses. Just look at the data from the World Bank, which shows that one-fourth of companies saw sales falling 50 percent due to the healthcare crisis.

That's a statistic that starkly demonstrates how organisations have been negatively impacted, but there are also examples of businesses that knew how to adapt. For example, some restaurants stayed shut, but adopted the Disney formula to survive.

When it comes down to it, in crises and when facing changes in demand or the emergence of new competitors, it's vital to conduct market analysis, as these factors will have multiple effects on companies.

In that regard, did you know that Yahoo had the chance to buy Google, but decided it was too much money for a search engine? A market analysis using Porter's 5 Forces might have made a difference. If you've never heard of this tool and you would like to find out what it's all about and how to use it with real examples, let us explain all.

What are Porter's 5 Forces and what can they be used for?

Any business, over the course of its lifetime, needs to analyse its market competitiveness, both at the time of launch and when new projects are created or new markets entered into. This analysis and measurement of competitiveness can be done using the so-called Porter's 5 Forces.

Porter's 5 Forces, defined by Michael Porter in his book Competitive Strategy, are as follows:

When a potential rival enters the market, it first has to overcome a series of obstacles, i.e., any applicable regulations, distribution channels, costs, etc. So, the easier it is to overcome these possible barriers to entry on the market, the greater the threat to your company.

For example, in the premium coffee retail market, barriers to entry tend to be low, so companies like Starbucks have to continuously analyse the market and update their pricing as well as customer promotions.

A company's competitiveness decreases in line with the growing number of rivals on the market offering similar products or services. For example, if we look at Amazon, the company has several competitors, such as Alibaba or Argos, but they are different, and that's a large part of their market success.

Argos, for example, has focused from the start on in-person sales, which means higher costs on facilities and less presence in the digital market, with only half of all sales being online. However, Amazon is the e-commerce leader and is now poised to enter the physical business.

3. Threat of substitute products and services

When cheaper products - or ones that offer great value for money - are available on the market, these can replace others, thus affecting a business' profitability.

One example is the widespread use of video-conferencing in companies, replacing business trips.

All companies rely on a range of suppliers, but the latter can pose a threat to a company's profitability in certain cases:

Several steps can be taken to avoid these risks, such as increasing the number of suppliers, creating long-term partnerships or manufacturing the raw materials for yourself.

A company's profitability can also be affected when the customers team up to demand better quality from products or services, or to agree a maximum price. To prevent this situation from affecting a business, several steps can be taken, such as:

A good example in this case is IKEA. In the furniture sector, it deals with customers who have multiple options for buying furniture, on a global scale as well as locally. However, IKEA sets itself apart in several ways, such as offering designer furniture at affordable prices, the democratisation of furniture buying, optimising transport costs and focussing on DIY. 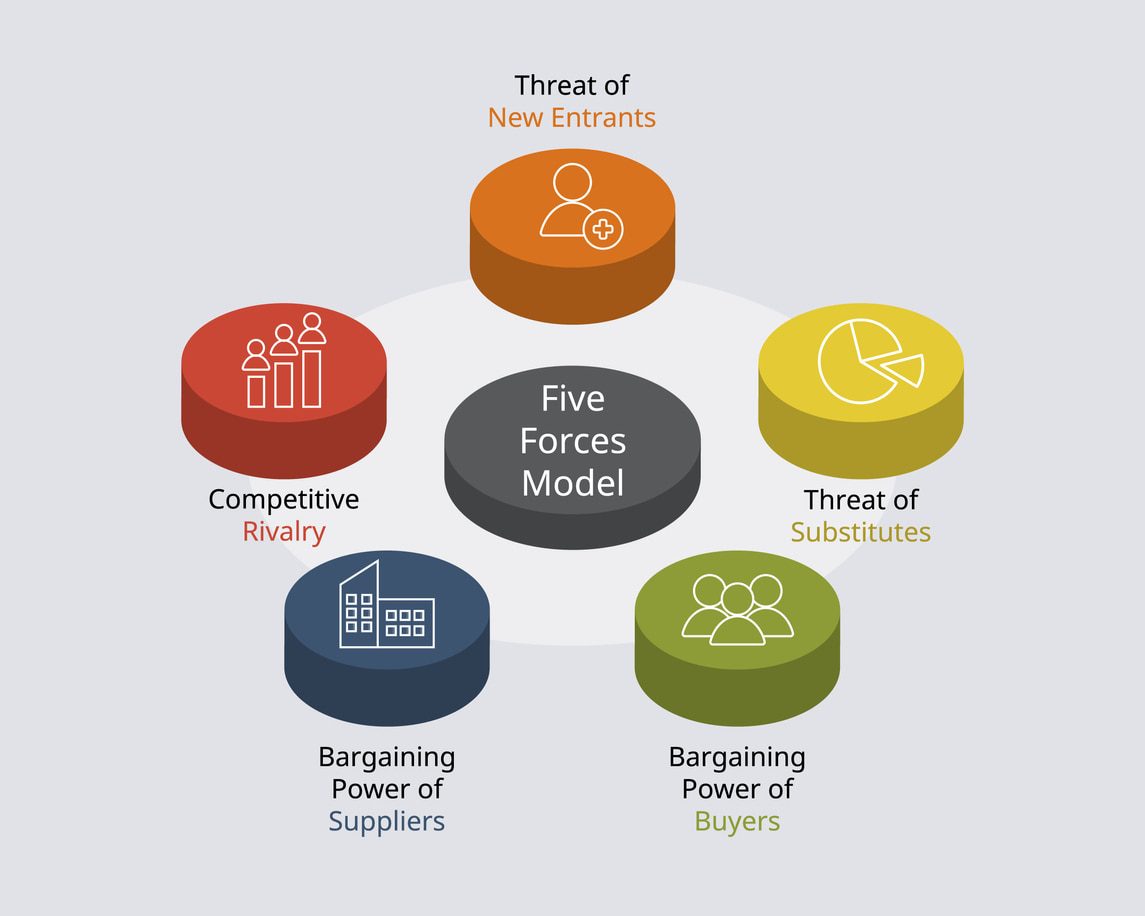 How to apply Porter's 5 Forces to a company

Although every business is different, there are a number of steps to follow in order to implement the Porter's 5 Forces model. 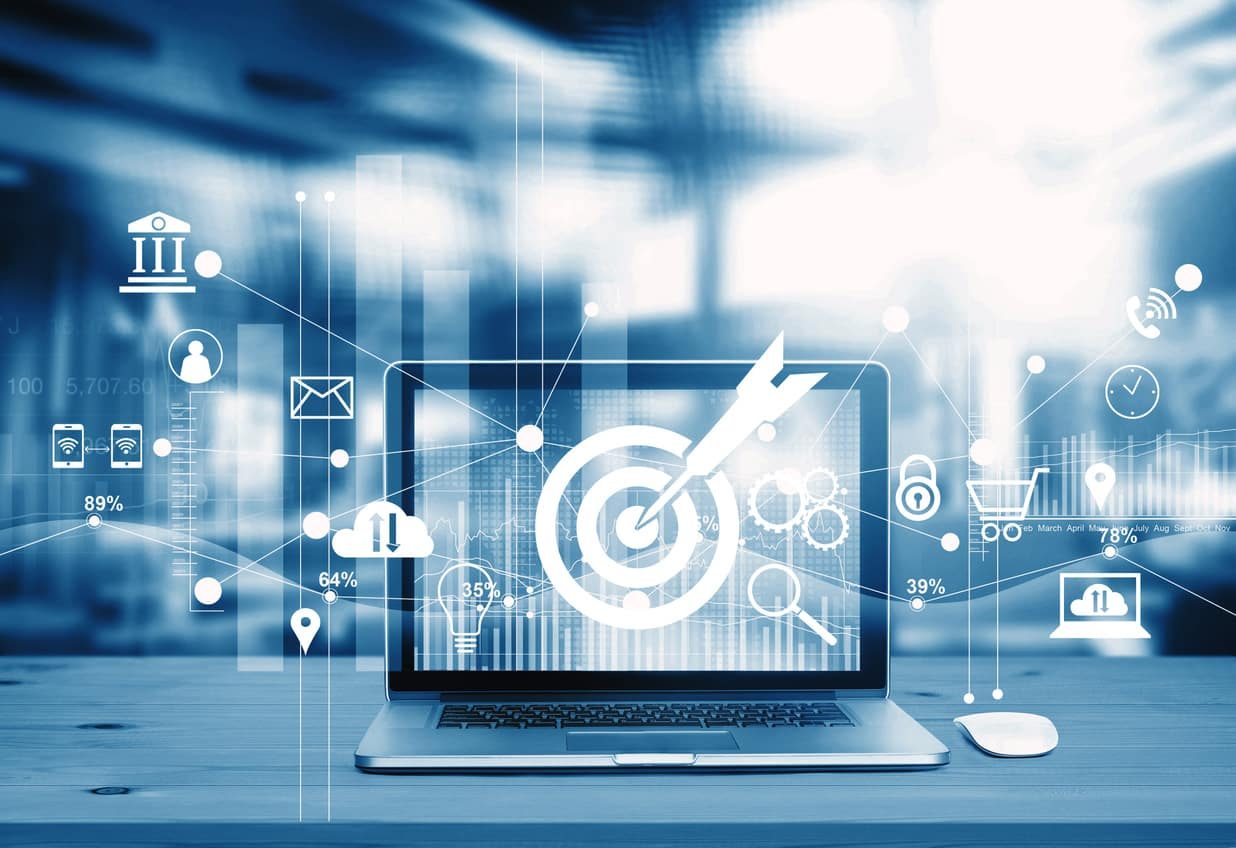 As you can see, all business people are faced with the ongoing challenge of ensuring their business can adapt to the circumstances, overcoming difficulties and growing. In this sense, training throughout your career is essential to pick up the skills and tools needed, like Porter’s 5 Forces, in order to design strategies that maintain the profitability of a business.

With this goal of helping people to progress, overcome the challenges of the fourth digital revolution and grow in an inclusive and sustainable way, Banco Santander is committed to three key concepts to boost employability: life-long learning, reskilling, and upskilling. To this end, it has created the Santander Scholarships website, a unique and pioneering global programme.

If you want to keep growing both personally and professionally, head over to the Santander Scholarships website, where you'll find 100s of opportunities to train together with internationally renowned institutions. Access training in technology, languages, research, investigation, soft skills, internships and female leadership, which will help you to improve your employability or refocus your career.

Want to become a lifelong learner and increase your job opportunities? The Santander Scholarships website offers you plenty of options to help you achieve your goals. Check out the website and remember: you can sign up for as many scholarships as you like. Seize the chance!

See our FAQs to help answer any questions you may have. If you can’t find the answer, please contact us via the link below.